Ten years have passed since the earthquake off the Pacific coast of Tōhoku. At exactly 14:46 JST on 11 March 2011, a magnitude 9.0–9.1 undersea megathrust earthquake with an epicenter east of the Oshika Peninsula of Tōhoku generated a powerful tsunami that swept the east coasts of Japan.
The tsunami hit the Fukushima Daiichi nuclear power plant very hard, triggering one of the most severe accidents ever experienced at a nuclear power plant and elevating the fears and concerns of the people against the peaceful exploitation of nuclear energy.
Addressing the accident, both in terms of its immediate consequences and the implementation of corrective actions from lessons learnt to prevent a recurrence, became a priority for regulators and for the nuclear industry in all countries with nuclear power plants. The environmental aspects of the destruction of the Daiichi nuclear reactors are still visible today, requiring continuous attention. 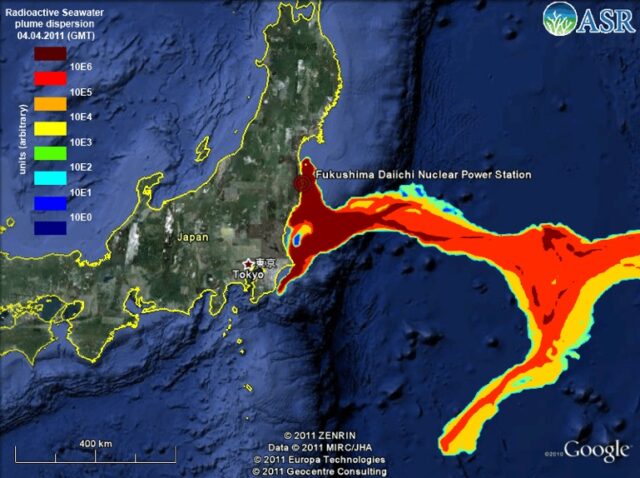 Having the means to monitor efficiently and reliably radioactivity released in the marine environment during such very rare events is imperative for increasing resilience of communities and shielding ecosystems against such grand catastrophes.

The recently launched EU-funded RAMONES project (ramones-project.eu) plans to develop a new fleet of radiation instruments aboard autonomous underwater vehicles, able to perform long-term, continuous, in situ monitoring of radioactivity in the marine environment, invest on new algorithms, advanced marine robotics and engineering, as well as provide efficient assessment of the repercussions such events may have on the human populations and the environment.

In RAMONES we will offer solutions to existing radioactivity monitoring problems in ocean ecosystems by investing on excellence, beyond-the-state-of-the-art approaches and cross-discipline synergies, so as to contribute to a new framework of environmental intelligence in the next decades. And despite none of us wants another Fukushima-like event, having the means to shield the environment against such hazards is a winning strategy embedded in the heart of RAMONES.

We use cookies on our website to give you the most relevant experience by remembering your preferences and repeat visits. By clicking “Accept”, you consent to the use of ALL the cookies.
Cookie settingsACCEPT
Manage consent

This website uses cookies to improve your experience while you navigate through the website. Out of these, the cookies that are categorized as necessary are stored on your browser as they are essential for the working of basic functionalities of the website. We also use third-party cookies that help us analyze and understand how you use this website. These cookies will be stored in your browser only with your consent. You also have the option to opt-out of these cookies. But opting out of some of these cookies may affect your browsing experience.
Necessary Always Enabled

Any cookies that may not be particularly necessary for the website to function and is used specifically to collect user personal data via analytics, ads, other embedded contents are termed as non-necessary cookies. It is mandatory to procure user consent prior to running these cookies on your website.